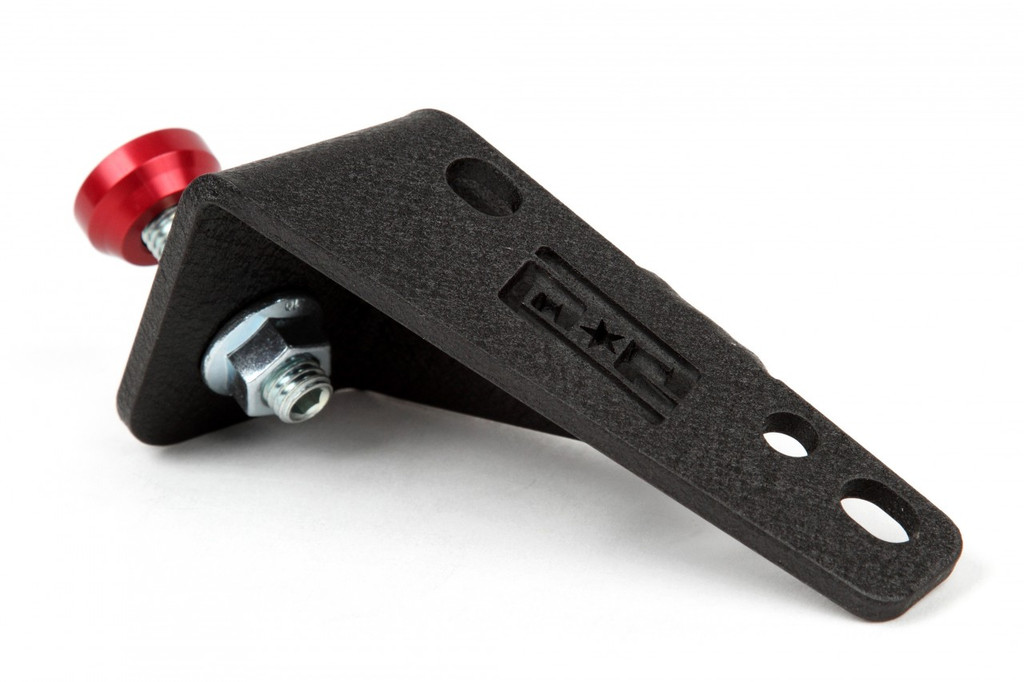 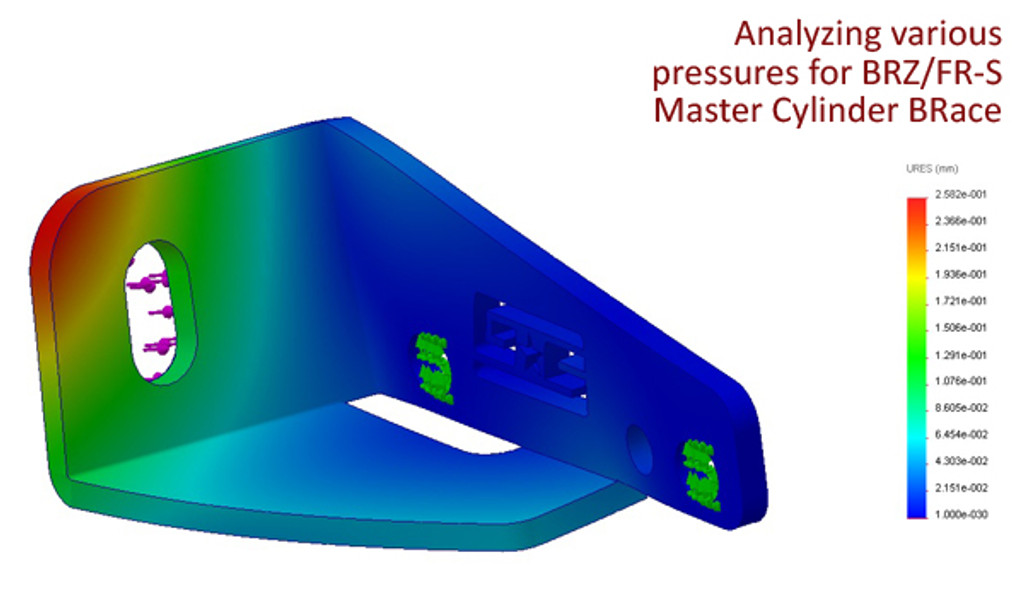 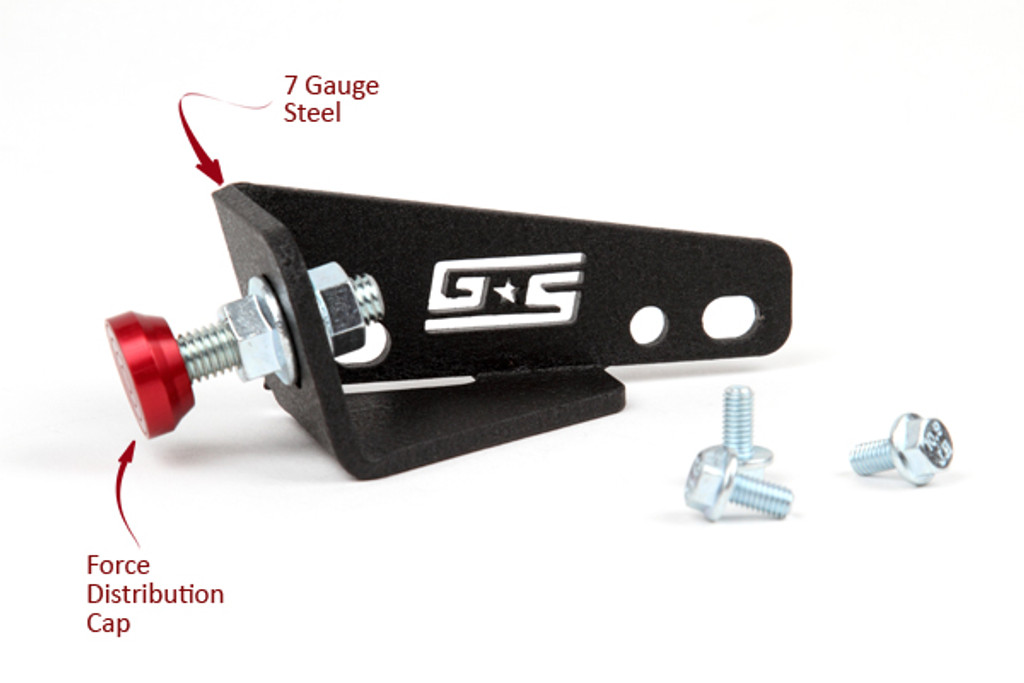 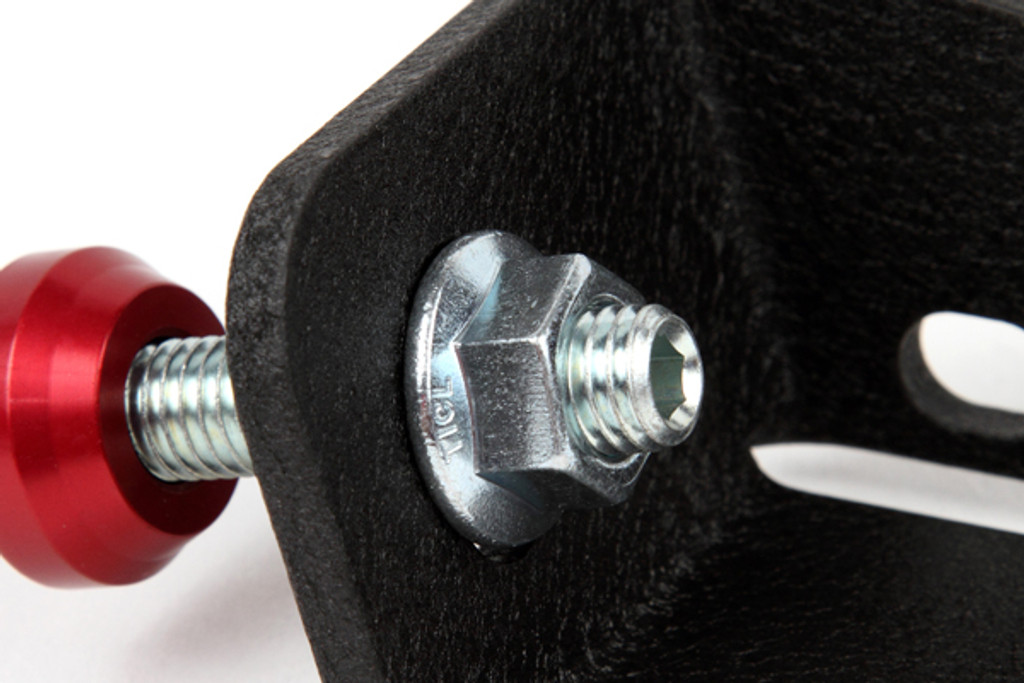 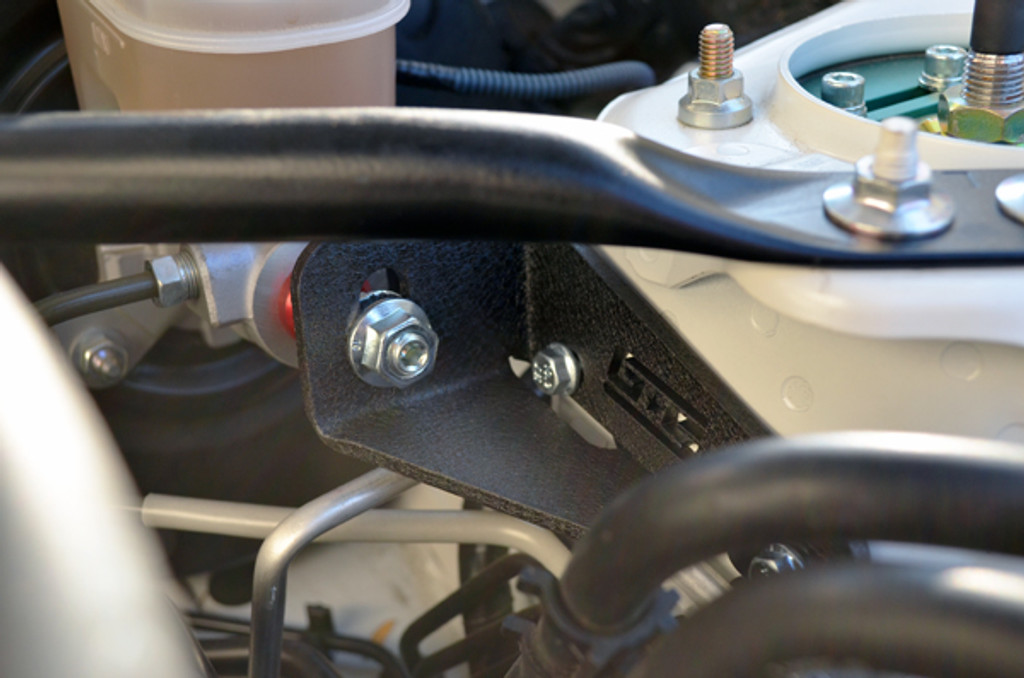 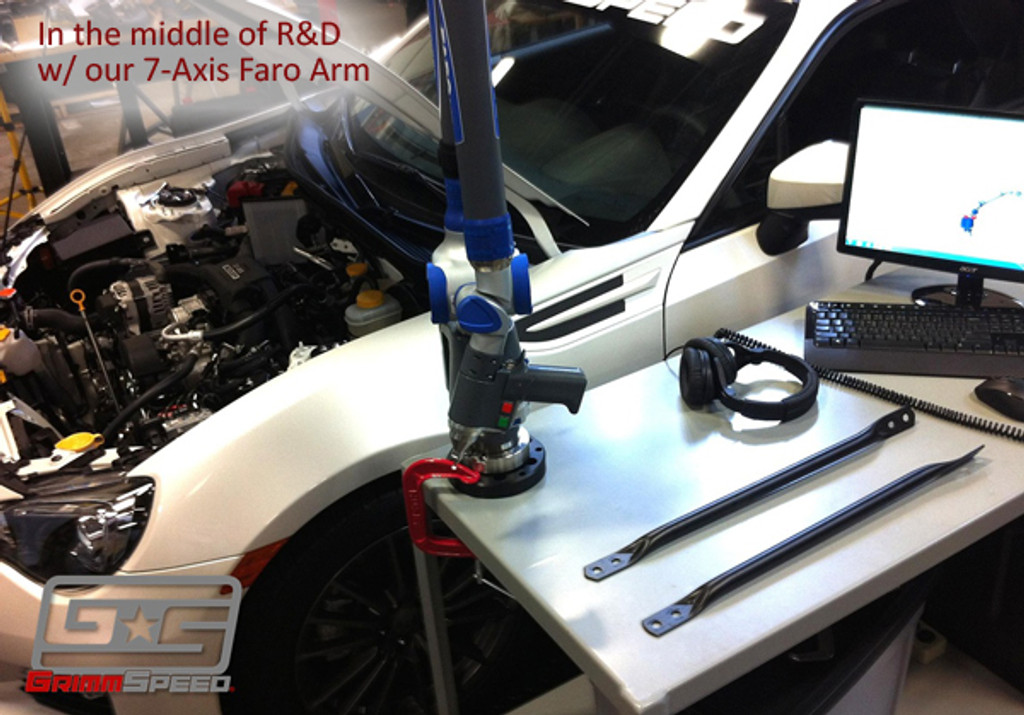 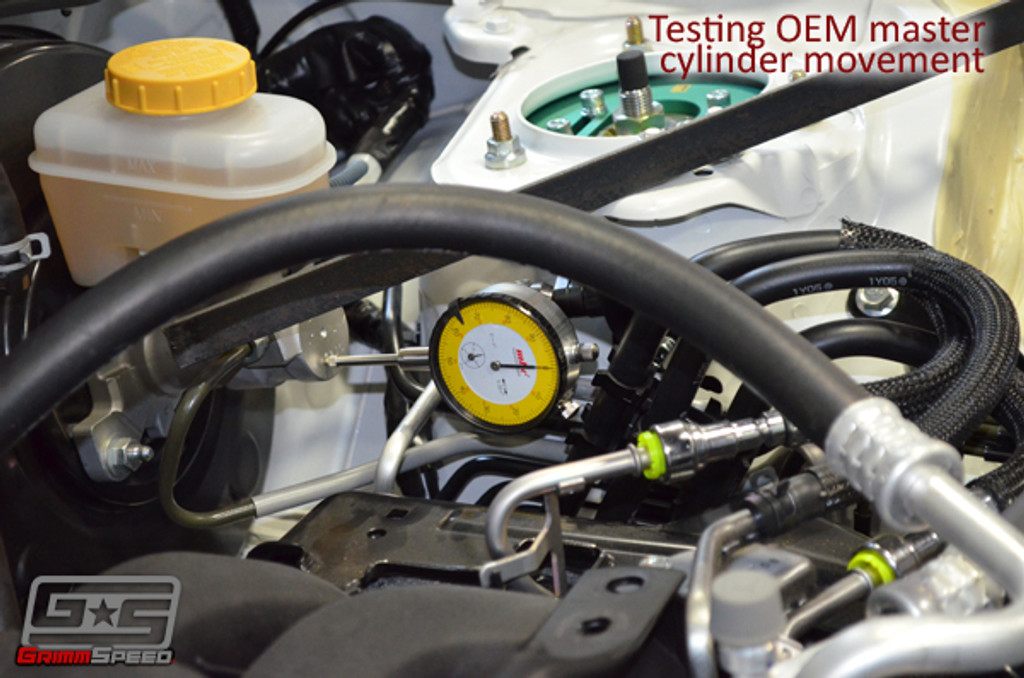 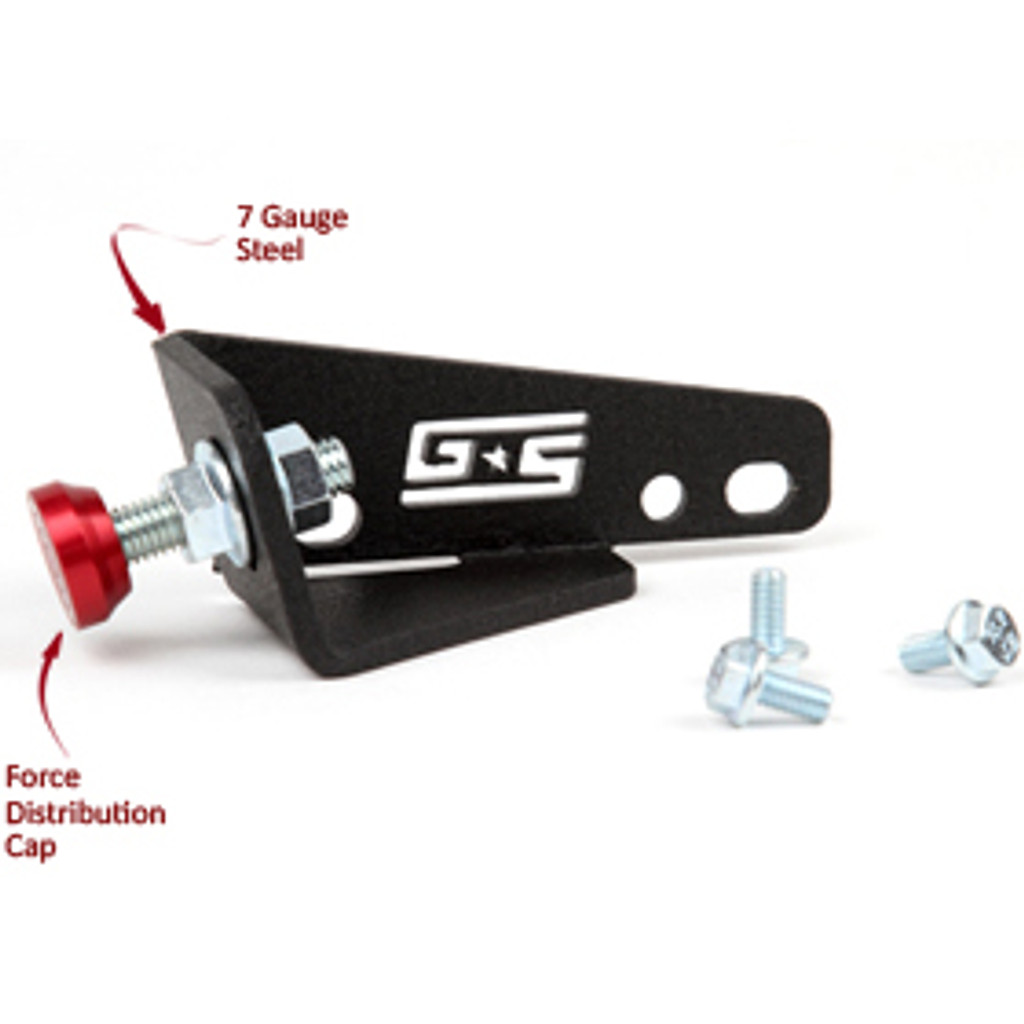 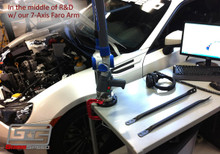 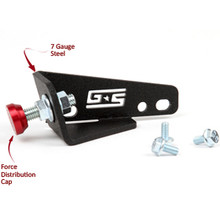 Pressing the Subaru/Scion brakes leaves a lot to be desired, especially when every inch counts in a race or when you are depending on them to save your life! The firewall flex is the source of this performance flaw in Subaru's and Scions that we came to solve. The GrimmSpeed™ Master Cylinder Brace takes a beating and comes back for more! Crafted from hardcore CNC laser cut 12L14 with multi-point welded fabrication. Powdercoated black, this brace will outlive your car and win you some style points to boot. Most importantly this brace kit will kill your wimpy pedal feel and give you the immediate and tight response that your performance car deserves and needs when you hit the track or rally. This brace will give you the confidence similar to that of SS braided brake lines with precision stopping. Not to mention street driving just got a whole lot more fun!

Solving annoying OEM issues, it's what you can expect from GrimmSpeed™

This is an example of the effect the GrimmSpeed brace has on a flexing master cylinder.

Unit bolts up easy and tight. Surface area of force distribution cap is far larger than other similar products, this is good design. I don’t do hard braking often, as I mostly DD, but the few times I’ve done it car’s performed exactly as it should have, noticeably better than before.

Easy to install, immediately noticeable when braking especially harder braking. One thing to note: in the install guide it mentions removing a sticker over the hole closest to master cylinder. On my &#039;16, there was a bracket there instead with a plastic clip that was holding a bundle of wires together. The brace does not support the continued use of said bracket. Not a big deal, just something to note.

Overall I am very content with this product. There is a noticeable increase in braking force (and counter to this, a noticeable decrease in braking effort applied by the driver) during moderate to heavy braking. I can tell there is less flex in the firewall and the brakes feel less spongy and more tuned. My only cons: I would ideally want GS to provide a mounting solution for another wire loom that comes on the 2017 models (no biggie though as creative zip ties solve the solution without being unsightly, and I purchased this knowing it didn&#039;t have the mount for it, regardless) The packaging could be improved. Due to motion in transit and failure to package hardware seperately, the red anodized piece was scratched enough to remove the anodizing, and the bracket itself had been scratched as to remove some of the powder coating as well. Fix these issues, mainly the latter, and I would give it a full five stars.

I was surprised at how effective this mod was. As you brake progressively deeper/harder there is a firmness and feedback in the pedal that was never there before. I also agree with the other reviewer, that even the initial &quot;bite&quot; of the brakes seems crisper. Really excellent. This is now the second product I&#039;ve purchased from GrimmSpeed and have once again been totally impressed with the quality of the manufacturing. Next up for me is their CAI for the FRS...I&#039;m sure I&#039;ll be totally happy with that next mod from them as well. Thank you GrimmSpeed. Keep up the awesome work.

Bought this a couple weeks back. Install was fairly simple, although I was sent the wrong size bolts, it still installed just fine. It is a little bit of a PITA to line up correctly if you don&#039;t have small hands. Initial test drive went good. Brake pedal is a good bit firmer and feels nicer. Overall a pretty solid product. Would reccomend.

another great piece by the folks at Grimmspeed. The FRS stock brakes are pretty good by comparison, and I&#039;ve had little fade on track days with just a pad swap. The master cylinder brace just firms up the pedal, especially through the lower half of the range. Feels like grabs a little quicker too. Tons of confidence going into hard braking zones now, even at the end of a session. Good price and easy install for a clear increase in brake performance. no brainer

Well made and worth the money!

This is a pretty neat bit of kit! It&#039;s really well made, and it makes a pretty noticeable difference especially under heavy braking. It really firms up the brake pedal in the &quot;back half&quot; of travel. My one caveat: Mine actually came with the wrong nut in the kit. It only cost 60 cents for a replacement at the local hardware store, though. And I emailed the guys and they said they would make sure future kits were good.